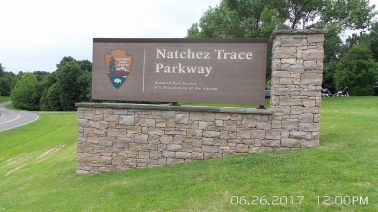 This past weekend, a cyclist from my little town of Nolensville was hit by a driver on the Natchez Trace Parkway. Had his friend not been wearing a GoPro, this would have been another tragic hit-and-run. Fortunately, that isn’t the case. If you haven’t seen the video (which is harrowing, so you’ve been warned) here’s the link: Crash Video.

Thankfully, the cyclist is okay; just banged up. However, considering this was his first bike ride in a long time, I’m sure he’s battling psychological wounds, to say the least. 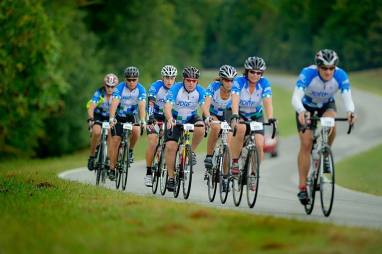 The Natchez Trace Parkway  is a gorgeous, 444 mile stretch of tarmac managed by the National Park Service. As you can tell by the photo from the JDRF Nashville ride I did some years ago, the roads are in immaculate shape, commercial traffic is forbidden, and the speed limit is 40 MPH. 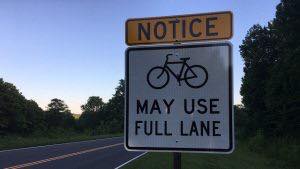 There are also signs like this one all along the Trace alerting drivers to the rights of cyclists. For drivers, the Trace is NOT the road to take if you’re in a hurry or looking for a shortcut. It’s ideal for cruising with the windows down on a Sunday afternoon. In short, if I were to take a new cyclist out on the road, I’d take them on the Natchez Trace Parkway. It’s the safest road to bike on in the Nashville area. Period.

Authorities used the GoPro footage to get the license plate of the suspect and arrested him the next day. For the details about this man, you can go here: 5 Fast Facts You Need to Know.

Prior to the arrest, the accused’s son, in the classic case of mistaken identity, was getting fingered for this crime. He posted the following on Facebook to defend himself as well as shed light about his father: “He has had countless drunk driving accidents through the years and has been abusive to my family.”

Social media exploded. Opinions, anger, misunderstanding were blasted on Twitter and Facebook. Some went so far as to send the accused death threats. A few non-cyclists rallied around the driver, despite the video evidence.

Once again, the age-old debate about cyclist’s rights on the road rose from the crypt.

Those on the “Just ride bike paths!” side of things argued that the cyclist should have moved over, even though it was in his right to be in the lane. Others added that the Natchez Trace Parkway isn’t safe for cyclists and that there needs to be a bike lane. Still others condemned his friend for bringing him out on the Trace (which as I’ve already stated is a very safe place to ride.)

Conversely, the “It’s My Damn Right to RIDE!” cyclists were on the warpath, crying for blood, demanding their pound of flesh. I can’t much blame them; the video is sickening on so many fronts. But there are times we (cyclists) could do a better job exercising our right. I know I could.

Just because we can doesn’t mean we should. But I won’t go into that now.

Has any good come from this? Will anything change?

Although I’m not noted for being an optimist, on this argument, I’ll give a resounding “YES!”

I’ve only tickled the underbelly of this subject. Perhaps one day I’ll share my thoughts on biking on the open roads.

For now, I hope that if you’re a non-cyclist, you’ll be more alert when you see us on the road. Conversely, I hope the cycling community will ride sensibly yet assertively so as to be able to ride another day. 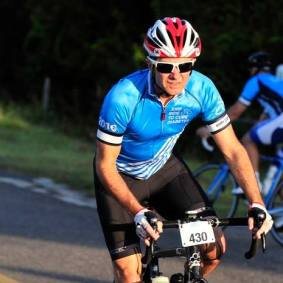 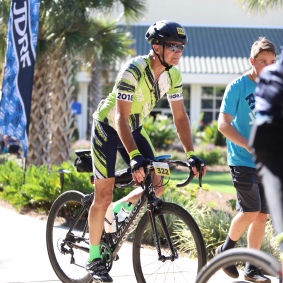 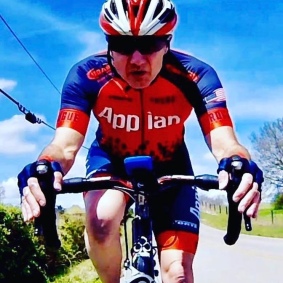 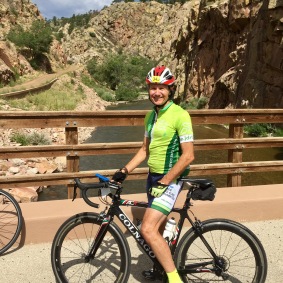 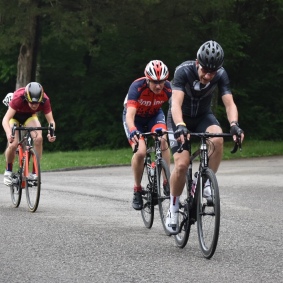